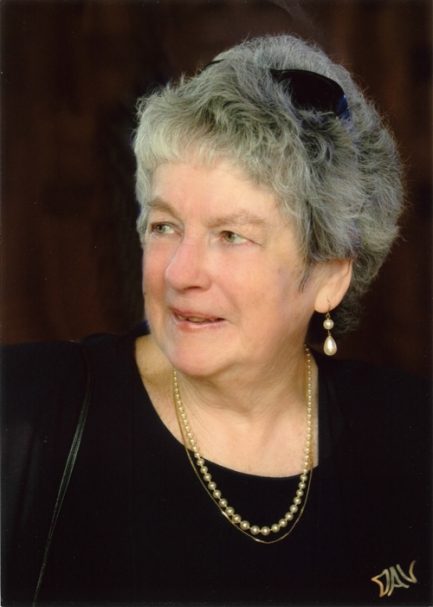 On November 20th at age 75, after a 16 year battle with breast and bone cancer Anne died.
Predeceased by her parents, Reverend Harry Smith and Gaynor Lewis, she is survived
by her husband Ian. She emigrated from England in 1966, recruited by the Protestant
School Board of Greater Montreal, to teach English. Anne was a graduate of the
University of Manchester in English. Her teacher training was completed at the
University of Newcastle Upon Tyne. She was enormously successful exposing her
students not only to the classics but to the practical application of newspaper writing
and editing. She was a demanding teacher, constantly expecting excellence from her
students. Her school newspaper FAX was widely recognized for its excellence and won
numerous prizes and awards. She organized and led Annual school trips to The
Stratford Festival which were an anticipated highlight each year. With the
reorganization of the Quebec education system she continued teaching with the
Lester B Pearson school board – a total of 35 years of dedicated service. She was
particularly adept at integrating short stories and poems, as well as puzzles and word
games, all in the interest of her students. And she was a skilled poet often creating
delightful parodies of friends and neighbours.
Her non-professional life included competitive sports (tennis, swimming & skiing) She
was an avid duplicate bridge player, competing in tournaments 4 times a week.
But Music was her greatest passion. She was an early member Of the Island City
Singers, an amateur ensemble, in Montreal. Anne became President and organized
and led a trip to Britain which toured and performed at famous concert halls and
sites. She graduated to more challenging repertoire with the Elgar Choir. She
subsequently moved to the St Lawrence Choir, which became the amateur core of
the OSM Chorus with Charles Dutoit. At this point the repertoire was entirely
classical from Bach to Mahler. Apart from many performances in Montreal, at PDA, she
traveled to New York where she performed with the chorus at Carnegie Hall, (nine
times) and at Lincoln Centre, Philadelphia, Toronto, Ottawa and Quebec City. She
sang in all of the prize-winning recordings made with the OSM chorus.
Her aptitude for the use of Apple computer layout programs led to an invitation to
edit various publications including those of the business and Irish Community,
including NUACHT, the primary publication of the St. Patricks Society. She began with a 2
page mimeograph and ended with an entirely professional 24 page quarterly read
internationally. She was sought after as a book reviewer!
She will be missed by family, including nieces Andrea and Laurie-Anne, and friends, and her
favourite Airedale, Chanson, and especially by Ian her husband of 39 years. Beyond her
passion for music, literature, sports, and teaching, we will remember Anne for her wit and love
of jokes, her compassion, and how she truly valued and nurtured friendships.
Dr Michael Pollack, her oncologist, and the staff of the Oncology Department, Jewish
General Hospital, deserve great praise for looking after her with such love and care
during her long illness.
CLSC Lac Saint Louis were instrumental in her final care – particularly Natacha
Patenaude. Her family and friends offer thanks to the West Island Palliative Care
Residence who looked after her in her last days.

A memorial service will be held on December, 14 at 1:30 pm at Mountainside United
Church, 4000 The Boulevard, Westmount, QC H3Y 2V1. In lieu of flowers, donations
can be made to the West Island Palliative Care Residence or any charity of your
choice.