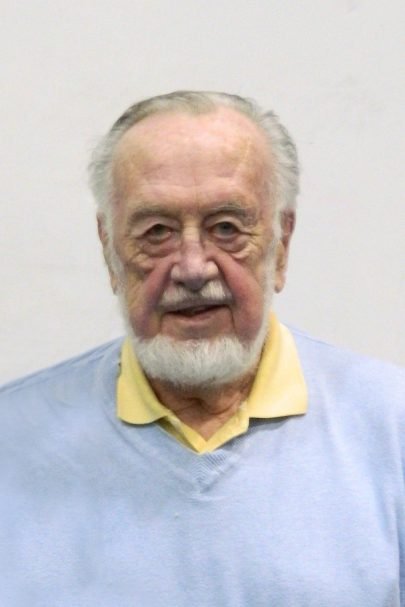 The Arthur Family is deeply saddened to announce the passing of their beloved father and grandfather, Michael David Arthur on February 4th, 2021 at the age of 87.

Barely escaping the ravages of World War II, Michael, his father, and sister Moira, settled in the Sillery suburb of Québec City, where he grew up. With weekends spent fishing and hunting at the family cottage, Michael always had a sense of adventure and loved the great outdoors.

While in his late teens, he moved to New York City to work as a television advertising copywriter alongside such notable entertainment icons as Ed Sullivan, Nat King Cole and Jackie Gleason, whom he knew personally.

Following that, after a brief stint in Toronto, Michael moved to Montreal, where he met and married the love of his life, Barbara Jean MacLeod, in 1958; had a family; became the Creative Director at two major advertising agencies; then subsequently started his own successful agency that kept him busy until he retired.

As a father, Michael was always the first one to play with his kids on the beach in Maine; he attended all of their softball, soccer and hockey games; taught them how to ride bikes; took them skiing every weekend; and showed them the importance of hard work, integrity, honesty and much more. In short, he gave his children every opportunity they could want.

Outside of work, in addition to travelling with his wife, fishing and hunting trips with his friends and eldest son remained a lifelong passion for Mike.

In later years, Michael was proud to take on the mantle of devoted ‘Grandad’ to his three grandchildren, Liam, Michael and Benjamin, often being the source of endless mirth that made them giggle. He had a natural way of making everything fun and his memories will be cherished forever.

He is pre-deceased by his loving wife of 62 years, Barbara Jean MacLeod, and survived by his son Stephen, daughter Lynda (Robert) and son Ian (Grace); as well as his grandchildren, Liam, Michael and Benjamin. He was also a beloved uncle to Ann Kazaks, Nancy Cain and Bill Sengstacken of the United States and Tracey Batsford of Quebec City.

At Michael’s request there will be no funeral or memorial service, and burial will be for immediate family members only. In lieu of flowers, donations to the Juvenile Diabetes Research Foundation (JDRF) in Barbara’s honour would be most appreciated.