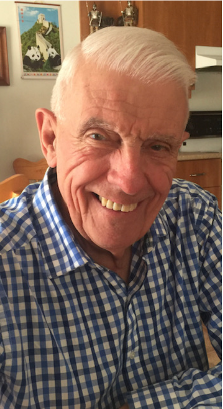 It is with heavy hearts that we announce the peaceful passing of Michael (Mike) E. Artus on Saturday, February 27, 2021 at the Lakeshore Hospital.

Mike was very passionate about his family and truly loved his children, grandchildren and great grandchildren. He was a true gentleman with empathy and compassion. He enjoyed family gatherings and could always be the life of the party. He will be sorely missed by all and his legacy will live on forever.

A celebration of life will be held at Voluntas Funeral Home, 4695 St-Jean Blvd., Dollard-des-Ormeaux, Quebec H9H 2A6, on Saturday, September 4, 2021 from 2:00 p.m. to 5:00 p.m. In lieu of flowers, donations in his memory to the Lakeshore General Hospital Foundation would be greatly appreciated.

Gathering and Celebration of Life