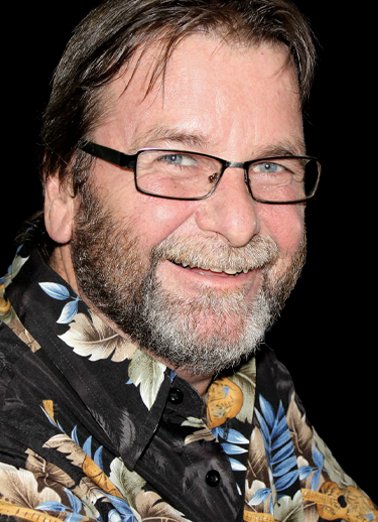 Steve was born to the late Winona Clara Smollett and Ronald Henry James Bush in Verdun, Quebec, before moving to Pierrefonds at the age of 8 where he then lived for the majority of his life.
He is survived by his beloved wife of 28 years Lisa Byer-de Wever; daughters Chelsea, Caitlyn & Cassandra; sister Wendy (Steve Lister); brother Randy (Anne De Silva); and their respective children: Daniel & Courtney (Lister) and Jacqui & Ronni (Bush). Steve is also survived by his in-laws Juliette & Tony Byer-Dewever; brother-in-law Ric and nieces Anya & Natalya; as well as extended family and friends.
A lover of sports from an early age, he was nicknamed “Turk” after his favorite hockey player. Steve was a member of the North Shore Hockey and football teams growing up, as well as an avid golfer, baseball player and Olympics enthusiast.
An alumnus of Riverdale High School and John Abbott College, Steve went on to get certified in Business Management and Public Relations at McGill and Concordia Universities. Some of his most memorable careers include: manager of the Maples Inn nightclub, Corporate Travel Manager at CAE, as well as President of ACTE and CBTA associations. His passion for landscaping and renovations allowed him to work alongside his brother, nephew and best friend/brother-in-law for many years, and additionally acted as Office Manager for his father-in-law’s dental clinic most recently.
Steve was a man of great faith, science and spirituality and was a member of Ste. Genevieve United Church and the Montreal United Church Cursillo Movement where he served in many leadership roles. He was also a founding member of musical groups Community and Stillwater.
Steve was a passionate traveler, a lifelong student of philosophy and history, as well as a proud friend of Bill and Bob for 37 years. He loved to write and paint, and to tell jokes; good and bad alike.
His family would like to thank St. Mary Hospital’s oncology and palliative teams, Saint Columba House, NOVA West Island, the West Island Palliative Care Residence and Ste. Genevieve United Church for their compassionate care. In lieu of flowers, donations can be made to any of these organizations.

You’ll see Steve in sunsets and on the wind … God be with you ‘til we meet again.

Please join us in celebrating Steve’s life at Ste-Geneviève United Church-Voluntas, 4697 St-Jean, Dollard-des-Ormeaux. Visitation on Saturday, August 14, 2021 from 1-3 p.m. A private service will be held at 4 p.m. Livestream available. See link below.