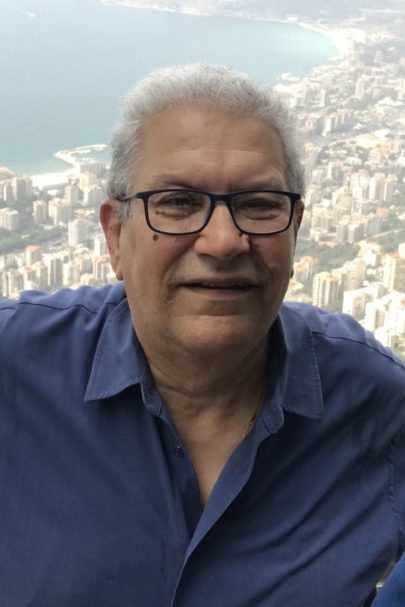 Mr. Georges Chamoun was born on December 4th 1938 and grew up in Lebanon where he attended school at le Collège des Frères Chrétiens in Tripoli. He graduated 4 years later from the engineering school at l’Université Saint Joseph in Beirut.

He had been married to Claudine Gebara since 1964. After working many years as a civil engineer specializing in Pont et Chaussées on many projects benefiting the public, he was forced to leave the country during the civil war in Lebanon of 1975.

He found refuge in Canada in 1976 where he became a Canadian citizen a few years later. He started working in Montreal in 1977 as an engineer at Atlas Construction, mostly specializing in cost containment on different government projects related to tunnels digging. He was sent on several missions all over the world to assist with projects related to the progress of countries in needs of Canadian assistance and know how.

He was diagnosed with cancer in 2005 while on assignment in Egypt and after successful surgery was able to resume work that same year until his retirement in 2007.

Many years later he responded well to his adjuvant treatment when his original disease recurred and metastasized. He succumbed to his disease 14 years later on September 4th 2019.

He was a holy man and lived his life always in service of others. He believed in charity and helping anyone in need. Any lives that were touched by him were made better because of him.

He inspired all those around him to be better people by always sharing his strengths.

He had a joy for life, for travelling, for food, for family, for friends. He told stories about his life. He made you feel like you were gaining a life by experiencing his.

He always wanted to have children with his wife Claudine. God granted them that wish through the love of his family. He is survived by his wife, Claudine, his brothers Camille (Hilda) and Samir, his sister Waded, his nephew Dory (Katie) who was a son to him, his niece Cynthia (Ivan), his nephew Elias (Therese) and their children Misha (Jean-Marc), Michael (Karma) and Marc (Ayano), and his many and very loved cousins, nephews and nieces.

May God always look over his soul in peace.