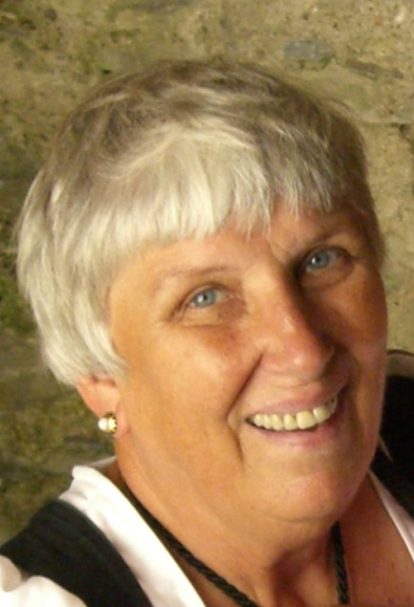 It is with great sadness that we announce the passing of Ada Colomb (née Zeiss), at the Royal Victoria Hospital on March 2, 2017. She will be sadly missed by her husband Chuck, her son Carlson, her two grandchildren, her brothers Hans-Dieter, Sepp, Jorg (Erich) and sister Anneliese and all those who knew her.

Ada dedicated her life to her family and to her community. For over forty years she contributed in many roles such as Home & School, Cub Scout leader, BD Library volunteer, board member Alexander von Humboldt Schule, BUCCA campaign chairman, board member NOVA, member Austrian Ball organizing committee, BD Tennis Club executive, and the BD Citizens’ Association executive. She was a reader and a minister of communion at Corpus Christi, and team captain of a West Island Tennis Club team in the intra-city league. She played tennis competitively until a back injury at the age of 79, and hoped to play again this coming summer.

Her love for plants, animals and children was shown in everything she did.

Funeral mass at Corpus Christi Parish, 16 Pacific Avenue, Senneville Qc H9X 1A3, on Friday March 24, at 11 a.m., followed by burial at St-Anne-de-Bellevue Cemetery, 20825 Lakeshore, Ste-Anne-de-Bellevue. A reception will follow at the Fritz Community Center. Those attending the mass who do not wish to come to the cemetery are invited to go directly to the Fritz. The family will join you after the interment.