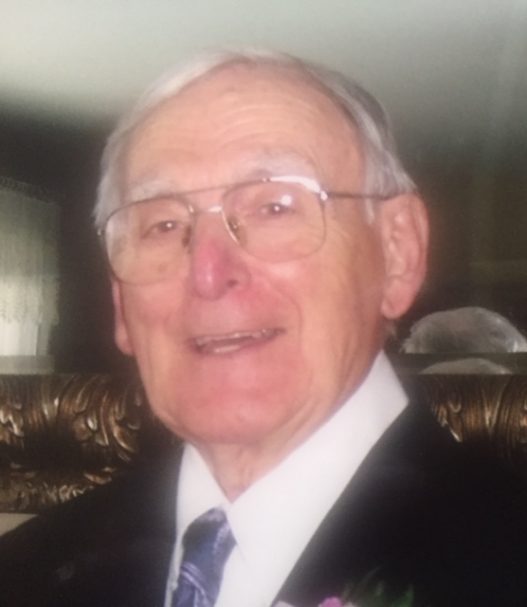 Papa Guy passed away unexpectedly at Sacré-Coeur Hospital on August 19, 2016 at the age of 90.

He is survived by his beloved wife Irene, he will also be sadly missed by his daughters Cyndy Lawson (Cale-Côté), Hélène Côté, Nancy Mikulin (Cale), and Patricia Belle (Cale), their spouses, Richard Lawson, Claude Dubois, Brian Mikulin, and William Belle. His 10 grandchildren: Richard, Danny, Genny, Jamie, Frankie, Alex, Matt, Jesse, Brianna, and Chelsea; his 12 great-grandchildren, his siblings Fleur, and Pierre, along with Pierre’s wife Françoise, as well as other relatives and friends. Pre-deceased by his siblings Lorette and Robert; brothers-in-laws Yvan and Paul, and sister-in-law Jacqueline. His love has so enriched our lives that he will never be forgotten.

A funeral mass will be held at Sainte-Genevieve Catholic Church, 16037 Gouin W., Sainte-Genevieve H9H 1C7, on Saturday September 17, 2016 at 11 a.m. The family will receive condolences at the church from 10-11 a.m.  The service will be followed by a reception in the church hall. Special thanks to William Belle, and all the medical staff at Sacré-Coeur Hospital.