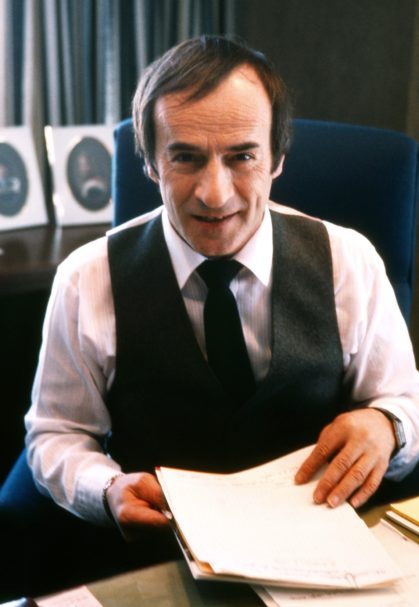 With broken hearts, we announce the passing of a great man who touched many with his leadership and generosity.

Nick was predeceased by his wife Marsha (Smith) Di Tomaso (1936 – 2014) and by several siblings (Joe, Connie, and Alice) and he leaves behind several brothers (Tony, Frank, and Johnny), his children Stephen (Luisa Ciofani) and JoAnne, as well as his grandchildren Nicholas (Anahita Beladi), Jesse (Sawa Takeuchi), and Caroline.

Nick rose from poverty to become first a leader in business and then a tireless advocate for countless good causes. He always lived modestly, and was most proud of his accomplishments as a volunteer, mainly in the West Island : past president of the Lakeshore General Hospital (LGH) Board of Directors, past president of the Lakeshore General Hospital Foundation, founding member of the West Island Palliative Care Residence, fund-raiser for the Lakeshore General Hospital Birthing Centre in 2011 (named after him), honorary director and fundraiser for the Ecomuseum, adviser to the West Island Association for the Intellectually Handicapped, fundraiser for a battered women’s shelter, former national director and chairman of the Quebec Region Boys and Girls Clubs of Canada, and past director of the Canadian Council of Christians and Jews.

Nick always repeated that most was accomplished when groups work together, and he always did his best to involve participants at every level of an organisation, from janitor to president.

In fact, Nick was awarded the Lieutenant Governor’s Medal for Exceptional Merit and also a Golden Jubilee Award in recognition of his ceaseless work on behalf of so many charities.

Nick also distinguished himself early in life as an accomplished athlete (baseball and hockey), as a top student (including an “accelerated MBA degree for executives” at Harvard in 1966), and as a businessman (past president of Ultramar Canada, past president of the Canadian Association of Petroleum Producers, and as a member of the boards of directors and as a consultant for many companies).

Known for his fountain of original puns and jokes, Nick was often asked to speak publicly, and he also spent considerable time (including every Christmas) day supporting and entertaining staff and volunteer workers in the many spheres of his life : the LGH auxiliary, the LGH  nursing staff, the dialysis centre, in fact too many to mention.

Many thanks to the professionals and staff at the Lakeshore General Hospital and at the West Island Palliative Care Residence for the humane and patient care they provided. Donations to either institution would be greatly appreciated.