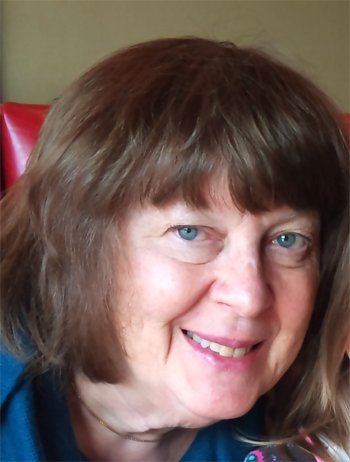 DIEHL, Barbara Lisbeth (née Åkesson, Barbro Lisbeth) passed away suddenly in her sleep at the age of 75 on Tuesday, June 20th 2017. Beloved wife of 33 years to the late Eric Diehl and treasured companion of 7 years to the late Jean Tonnellier. She was the cherished mother of daughters Annika Schaap (née Diehl) and Rebecca Diehl, mother-in-law to Robert Schaap and Alain Lortet, grandmother to Wynter and Logan Schaap and soon to be born Elenora Lortet; dear sister of Bodil Hansson (Liss Olof Larson) and niece Erika Hansson (Tom Söderström) and great-nephew Oskar Söderström.

Barbara was active in amateur theatre and singing at the Temple Emanu-El-Beth Sholom choir. A native of Sweden, she was involved in cultural organisations in Montreal’s Scandinavian community, being a member of the Swedish club as well as being on the board of directors at the Danish-Canadian Society of Montréal. As a retired librarian, she had a love for literature often reading books in several languages.

A funeral service will be held in her name on Wednesday June 28th, 2017 at Mount Royal Cemetery, 1297 Chemin de la Forêt, Outremont, H2V 2P9 at 1:00pm followed by a reception commemorating her life. In lieu of flowers, please donate to The Heart and Stroke Foundation of Canada.