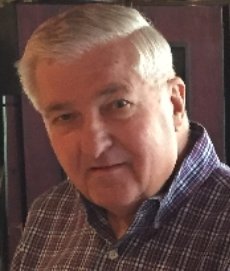 It is with heavy hearts we announce the passing of Donald George Ferenz, aged 85, on November 21, 2022 at the Lakeshore General Hospital. Lovingly known to family as Donnie, Dad, or Pops, he leaves to mourn his beloved wife of 63 years, Gwen, daughter Kelly (Brook) of Fredericksburg, VA, and son Greg (Jackie) of Yardley, PA. He was an extremely loving and supportive grandfather of his grandson Dane (Samantha) of El Paso, TX, step-grandson Cory of Long Beach, CA, and step-granddaughter Brittany (Chris) of Lancaster, CA. His great-grandsons Brantley, Jaxon, Isaac, Alex, and Noah were one of his greatest treasures. He was predeceased by his father George, his mother Stella, his brother Eddie, and sister Marie. He will be deeply missed by not only family but a diverse cast of friends and neighbors.

Born in Lethbridge, AB in 1937, he attended St. Basil’s and St. Joseph’s Catholic Schools. Donnie was well known for his natural sports-related abilities, aptitudes, and athleticism. While he had great appreciation for sports, his deep love and passion were for the games of baseball and hockey. In his younger years he earned the authentic title of “Rink Rat”, willing to undertake any task required to keep the arena in top notch form. As a teenager he honed both his baseball and hockey skills, being adept at playing infield positions and becoming a strong skater, never afraid to shy away from game scuffles. From hockey trips to Great Falls, MT to occasionally announcing for local junior baseball games, Donnie was a consummate sports buff for his time. He so deeply loved the game of baseball that not a single family vacation to a major city unfolded without having to find the local MLB stadium. He also enjoyed several years of coaching youth baseball, playing and travelling with the Pointe Claire Oldtimers Hockey, and playing for the Northview Park Sunday Morning softball league.

He took not only great pride in his family, but his professional career as well, with the title most commonly attributed to him of Account Executive where his work spanned years in the finance profession covering several types of industry. He was a consummate professional, and known for his diligence, precision of focus, and highly personable demeanor. From work to home any and all undertakings were completed with attention to detail, near perfection, and great care. He was deeply respected by colleagues and clients alike thanks to a proven record of integrity, loyalty, and honesty.

Donnie loved to travel, and his trip to Paris was one of his most favorites. Paris captivated his spirit from its historic sites to its delightful French cuisine offerings; but taking the top spot was his love of authentic Chinese cuisine. His gastronomical experiences were closed connected to the diversity of his friendships, each one introducing him and his family to a world where culture was to be celebrated and respected. While he enjoyed any opportunity to immerse himself in a wide range of culinary delights and cultural fare, nothing beat his love of hot dogs. For years the iconic tubular food defined his bedtime snack.

Donnie also had a great penchant for trivia, from sports and history to geography and generally odd and little known factoids. He will be fondly remembered by his children for incessantly quizzing them at the dinner table on capital cities, populations, and general knowledge topics. He truly welcomed any opportunity to share stories from his past and all those little known trivia tidbits. Each served as partial testament to his great conversational skills and lively personality. Neighbours will fondly remember him as that guy who took great pride in his surroundings and personal property. He could be found, on any given day, beautifying the landscape, from picking up garbage and trimming bushes to tending to neighbors’ garbage pails and blue boxes. He was a positive neighborhood influence and was often touted as being one very hard working man who was appreciated for all his time and efforts.

Although he suffered the debilitating effects of Parkinson’s, his passing was unexpected. Be it known, though, his years on this Earth were a testament to his courage and strength to battle whatever was placed in his path, be it his health or other life changing events. He was a man of integrity, character, and an extremely strong work ethic. He lived and breathed for his family, and whatever choices or decisions he made, all were done in the spirit of family and for family. He was emblematic of friendliness and kindness, always willing to forsake himself to help others in need. To those who wish to find ways to honour his memory and commemorate his life, take time to find ways to expand your knowledge, expose yourself to culturally rich and diverse experiences, satiate your appetite with worldly gastronomical delights, and have a hot dog!

A “Celebration of Life” service will be held on the afternoon of Saturday, May 13th, 2023 at Voluntas Commemoration, 4695 Boul. Saint-Jean, Dollard des Ormeaux, QC. In lieu of flowers, donations in Don’s memory may be made to Parkinson Canada (parkinson.ca, parkinsonquebec.ca).