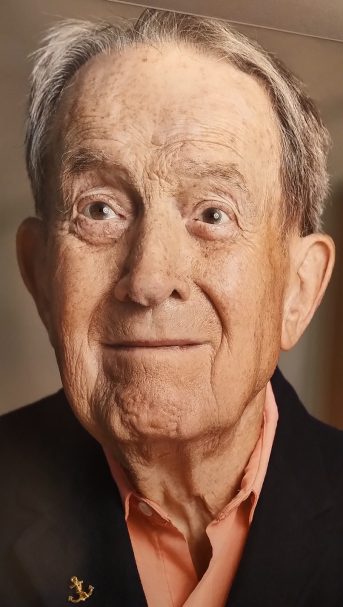 The Groome family announces a gathering to celebrate the life of Lionel Henry Groome who died with a sound mind at the age of 95 during the onset of the pandemic. Please join us at the Fritz Farm Community Centre starting at 1:00 pm and until 4:00 pm on Sunday, August 14th, 2022 (20477 Lakeshore Road, Baie d’Urfé, Québec H9X 1R3).

Hosting the reception will be Lionel’s wife of over 60 years, Evelyn (née Forrest) and his two sons, Russell (Leonela) and Cameron (Dana), joined by his longstanding and devoted caregivers Rosie Padolina and Grace Gorospe.

Lionel had a distinguished career spanning many decades in private industry and public service. He was a Canadian Army Veteran who served during World War II and was honorably discharged with the rank of Sergeant (Artillery) while completing the Army Engineering Course. He subsequently graduated from McGill University with a Bachelor of Engineering degree (1948) and worked in that capacity into his 70s. His career focused on pollution control before that discipline was fashionable, and he drove major Canadian and international projects in natural resources extraction and refining, manufacturing, healthcare, hospitality, and other industries. He was a Scout through to his retirement, a member of the RStLYC for over 50 years, and became a lifetime member of the Black Watch. Lionel also volunteered extensively, including serving as a town councillor, school board chairman and, as did his younger brother Reginald K. Groome, Provincial Commissioner of Scouts Canada. Lionel and Evelyn built their home in Baie d’Urfé in 1964 and, while acting as its councillor for parks and recreation, Lionel was proud to have helped secure the Fritz Farm and Allan’s Hill parks for all to enjoy in perpetuity.Flowers for the reception at Fritz Farm or donations to the Quebec Veterans Foundation in Lionel’s honor are welcome.