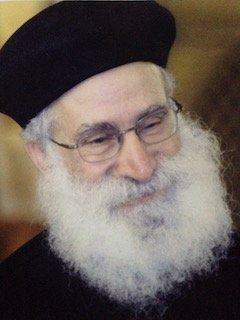 “So it was, as soon as the days of his service were completed, that he departed to his own house” Luke 1:23.

Hegumen Fr. Pishoy Saad, age 85, departed peacefully to the bosom of our heavenly Father and Saviour Jesus Christ on July 12, 2017, in Montreal, surrounded by family and loved ones. He was born Amin Ishak Saad on November 15, 1931 in Assiut to Fr Ishak Saad and Afifa Saleh.  He graduated from Alexandria University and went on to work as a teacher. He was ordained a priest with the name Fr. Pishoy on April 13, 1975 by His Holiness Pope Shenouda III, and served in St. George Church Gezeeret Badran in Shobra, Egypt from 1975 – 1980. He was sent by His Holiness Pope Shenouda III to Montreal on November 12, 1980 where he served St.  Mark’s church faithfully for 37 years, and was later ordained to the rank of Hegumen. Under his steady and humble guidance, the service flourished, and the church celebrates its 50th anniversary this year. As a result of his dedication in his service to our Lord, Fr. Pishoy mentored many people who went on to become clergymen or monks.

Fr. Pishoy, a man of righteousness, is now rejoicing among the Heavenly Chorus of angels and saints claiming. ” I have fought the good fight. I have finished. I have kept the faith. Finally I won the crown of righteousness. (2 Ti 4: 7).

For those desiring to commemorate Fr. Pishoy’s life of service, donations may be made in his name to the West Island Palliative Care Residence.

May the Lord repose the soul of our beloved Hegumen Fr. Pishoy in the Paradise of Joy in the bosom of our fathers Abraham, Isaac, and Jacob.

“For You meet him with the blessings of goodness; You set a crown of pure gold upon his head. His glory is great in Your salvation; Honour and majesty You have placed upon him.” Psalms 21:3,5