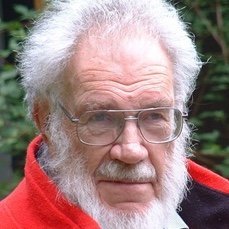 John was a man who lived life to the fullest and found joy in everyday experiences. He was passionate in all he undertook be it as a student, King’s Scout, school teacher/administrator, United Church member, innovator, bird carver or sailor. John left his indelible mark as a dedicated educator on three West Island high schools and John Abbott College; other schools in Montreal, Cowansville and Ottawa also bear evidence of his creative talents.

A very special thanks goes out to the doctors, nurses and pharmacists who provided so much care in his final years.

A celebration of John’s life will take place on Tuesday January 12, 2016, at 3:00 pm at Cedar Park United Church, 204 Lakeview Avenue, Pointe-Claire, followed by a reception. Rather than sending flowers, please feel free to make a donation to a charity of your choice.