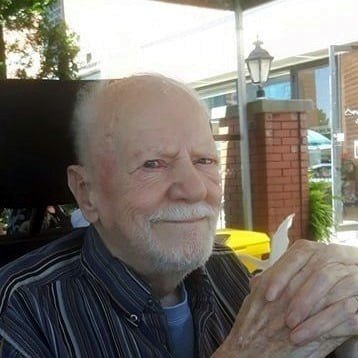 On November 1, 2020, at the age of 96, Douglas was welcomed by God to join Beatrice, his beloved wife of 65 years, his parents Gertrude and W. Douglas, and his brother Anthony (Barbara).  His love of family will live on in the hearts of his four children Dave (Trudy), Rosemary, Malena, and Jay (Maggie).  He was the proud grandfather to Bruce (Serena), Gordon (Shanna) and Rachel Lambie; Andrew (Patricia), Jonathan (Amanda), Matthew (Amanda), and Thomas (Melissa) Bromby; and Natasha & Brandon Sadowski.  His gentle spirit and love protects his 11 precious great grandchildren:  Beatrice & Meredith Lambie, Connor & Carter Bromby, Brock, Lexi and Zoey Bromby, Blakely & Nolan Bromby, and Adelyn & Elodie Bromby. He will be fondly remembered also by many nieces, nephews, cousins, and friends around the world.

Doug was born in London, England on April 1, 1924.  The family moved to Wellington, New Zealand when he was 3 months of age.  His family subsequently moved to Winnipeg and then Toronto before his father was posted to Trinidad to serve as the British Trade Commissioner.  His early education included Victoria School in Westmount, QC, and Culford School in Bury St Edmunds, Suffolk, England where Doug and Anthony went to boarding school. They were visiting their parents when WWII broke out.  Doug stayed in Trinidad to finish his schooling before moving to Toronto to attend the Ontario College of Art, studying Design.  In 1942 he joined the Canadian Army, and was then stationed in England and France, wounded in action July 17, 1944.  He is a decorated war veteran awarded 6 medals for his service. After the war he joined his parents in Montreal where he lived until 1964. Doug owned a millinery store in Montreal, which he named Roderick Douglas, selling ladies hats all of which he designed.

Singing in the choir at Westmount Park United Church, he met Beatrice Roland. They married there on May 31, 1952.  Early in their marriage, he worked for Dupont, and Dominion Textiles.  In 1964 he joined the Canadian Government and the family moved to Ottawa.  His work with the Exhibition Commission took him all over the world, promoting Canada to such countries as Japan, Germany and Spain. In 1967, Doug was posted to London, England where he settled his family for 2 years.  His passion for connecting with relatives from both parental sides and tracing the family tree grew rapidly as old churches and cemeteries were included in countryside outings.  Following his retirement in 1984, they relocated to Stratford, Ontario and he became very involved with the Chamber of Commerce and as a volunteer guide giving backstage tours of the Festival Theater.

Doug was proud of his Scottish heritage, wearing his Lamont clan tartan as shirts, ties, and his kilt which he passed on to his grandson Andrew in 2014 to wear for his wedding.  For recreation he loved to ballroom and round dance with his wife Bea.  They often practiced their routines at home, and if Bea was unavailable, Doug danced with his daughters.  He also loved to paint in oils preferring landscapes as his images.  He was always fun to play a board game with especially Monopoly and Scrabble.  His other indulgences were ice cream and Jeopardy, or a game of billiards or croquet when he found willing partners.  It seems he had been quite the golfer in earlier years.

Doug was happiest carving the turkey at many family celebrations.  He also was an avid reader when time during his busy work, travel, and family life permitted.  Two or three paperbacks on the go was not unusual.  He spent many hours guiding his daughters with numerous sewing projects, and when the time came, he helped his younger daughter cut out, and tackle the fiddly work of her wedding dress.  His patience for such things was quite remarkable though not surprising as many years earlier he’d designed Bea’s wedding dress (sewn by his mother), which was also worn by his eldest daughter.  He and Bea enjoyed travelling throughout Canada, Mexico, Spain, and other parts of Europe after taking language lessons, and of course, tracing their roots in England and Scotland.  They moved homes several times embracing the many adventures along the way.  Doug’s was a happy and fulfilling life.

Doug’s final years were spent at Christie Gardens in Toronto. His fellow residents always saw him outside reading, waving at the passing cars and greeting visitors. Heartfelt appreciation to Christie Gardens for the loving care they provided throughout the years for Doug.  He passed peacefully and not alone.

Donations may be made to the Stratford Festival Theatre https://www.stratfordfestival.ca/SupportUs/CommemorativeGifts, Military or Veterans through www.canadahelps.org, or a charity of your choice, in honor of the charities and organizations Doug supported.

“We are forever touched by your love & guided by your kindness.”