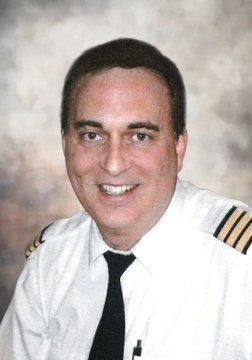 On February 4, 2018, at the West Island Palliative Care Residence, Sylvain took his last flight. We wish him the most wonderful trip.

He leaves to mourn: his beloved parents André Legault and Louise Neveu, his daughter Skye that he loved so much, the mother of his daughter Renée Ginn, his brother André and spouse Suzie Richard, his niece Andréanne, his nephew Charles-André, uncles and aunts, cousins, old colleagues from Inter-Canadien and the big family from Air Transat as well as many other friends. Everyone that crossed his path has been touched by his optimism, his generosity and his determination.

Everyone who knew this amazing man are invited to join us and to share their memories.

Family would like to thank the West Island Palliative Care Residence located on André-Brunet and Dr. André Olivier from the Montreal Neurological Hospital for the care, devotion and empathy showed toward Sylvain.

Donation in his memory to the West Island Palliative Care Residence would be greatly appreciated.