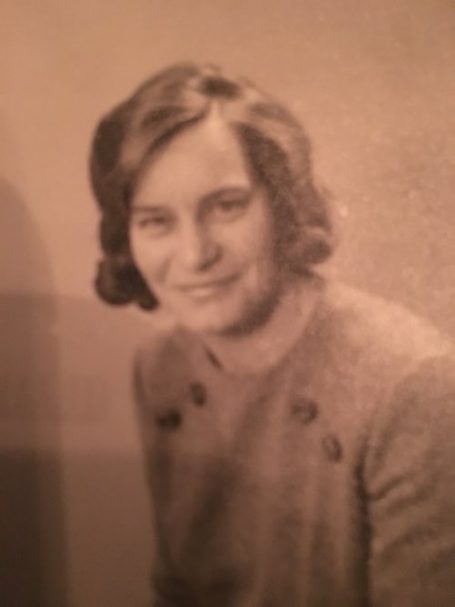 Ms. Lessiter was a talented artist, seamstress, teacher of English, piano, violin and voice, and most notably, an outstanding pianist in her own right, playing concerts in England, Brunei, and Montreal. With a vibrant personality to match her various talents, she adapted easily and whole-heartedly into international travel and life.

After being suddenly widowed, she left Norfolk, England in 1969 with her two small children for Brunei, Borneo. There she remarried and had her third child. The ex-pat community in Brunei enjoyed her classical music concerts until she departed for Montreal, Canada after a brief 9 month stint back in England.

Montreal became her adopted home from 1974 until her death. It was there that she singly raised her children, Jason now 52, Helen, now 50 and Belinda now 45 in an environment filled with music from opera to the Rolling Stones, and a menagerie of numerous pets and neighborhood friends.

A consistent thread of her community in Point Claire, Ms. Lessiter engaged in teaching piano and participating in the local choir, also attending McGill University whilst in her 60’s to study music composition.

She has written several children’s books, along with her own original music compositions, and has painted and sketched numerous portraits and vignettes in keeping with the thoroughly artistic life she steadfastly lead. Passionate about her curries and lemon meringue pies, she entertained heartily and regularly.

In her latter years, Ms. Lessiter adopted a regimen which included writing fiction and ghost sleuthing, the latter of which garnered her a spot on local television. She offered healing sessions to those in need, and always a compassionate ear and a hearty laugh, which may have been her single best attribute (aside from her extraordinary driving skills) among the seeming more lofty others.

She was duly missed during her life when there seemed too much time in between visits from her children and friends, and she’ll continue to be sorely missed now that she’s crossed over. The care she received from social workers, nurses and doctors in the final year of her life will not be forgotten.