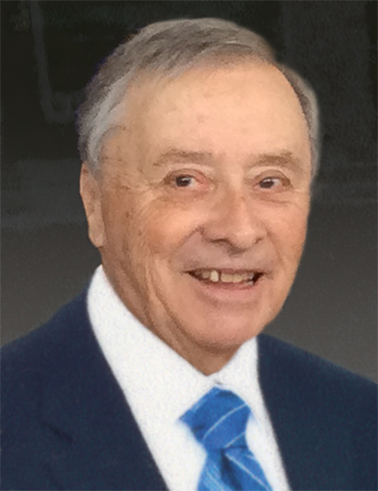 It is with great sadness that we announce the passing of Robert (Bob) Loranger at the Teresa Dellar Palliative Care Residence in Kirkland, Quebec on November 4th, 2021 at the age of 90.

Bob was an executive with IBM for 35 years and president of RBA Technologies, a division of RBA, for 10 years. He was a passionate ham radio operator (VE2-AXO) for over 70 years.

Bob was a loving husband, father, grand-father and friend to so many.  A man of great integrity who loved to laugh, he was generous with both his time and his extensive knowledge in diverse fields. He was always willing to help everyone. Bob will be greatly missed and lovingly remembered by all who had the great honour of sharing their lives with him in Montreal, Toronto or at his cottage in Thetford-Mines.

The family is very thankful for the exceptional care given by Dr. Louise Moreau, his family doctor. We also want to thank Dr. Renée Schiff, Dr. David Eiley, the CLSC Pierrefonds as well as all the dedicated nurses at NOVA West Island and the entire team at the Teresa Dellar Palliative Care Residence.

In accordance with Bob’s wishes, there will be no funeral service. Memorial donations may be made to the Teresa Dellar Palliative Care Residence, 265 André-Brunet, Kirkland, Qc, H9H 3R4 or NOVA West Island, 447 Beaconsfield Blvd, Beaconsfield, Qc H9W 4C2.