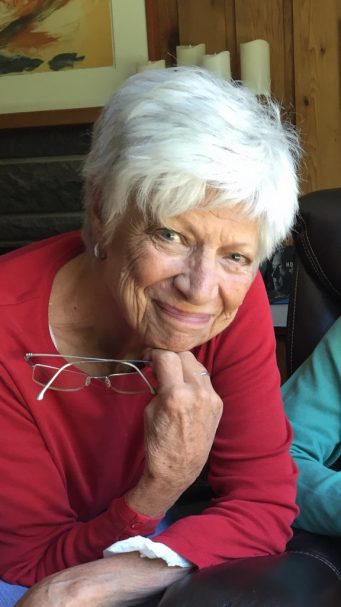 Dale is remembered and missed by her loving husband of 54 years, Terry Foster Jackson Mills. She lives on in her children: Jennifer (Paul Sublett), Laurie (Mike Baiao) and Brent (Susan Lee). Cherished Nan to a big crew: Robin, Cameron, Jackson, Caitlin, William, Andrew, Jonathan, Maya, Tyler, Wyatt, Katia, Zackary and Maidie, who have so many memories of good fun, great food and arms that were always open. Her brother, Richard Lovell Sparling of Town of Mount Royal, also mourns her. She is pre-deceased by her parents, Mary Elizabeth Lovell Sparling and John Barry Sparling.

Family was all-important to Dale. She was most happy with Terry at the cottage at Georgeville, surrounded by her children and grandchildren and adored being able to watch them all grow up there. So many wonderful years and so many happy family occasions were spent at the cottage. Her Beaconsfield and Georgeville friends and art community brought her much joy. She was a wonderful hostess – anyone who ever attended an event thrown by Dale isn’t likely to have forgotten it. She had terrific taste, exceptional culinary skills and an attention to detail that was second to none.

Per Dale’s wishes, no services will be held. Huge thanks go to Jennifer, Maggie, Dr. Iancu and all the caring and attentive staff on 4S at the Lakeshore General Hospital for the wonderful care Dale received during her short stay. Your kindness will be remembered, always.