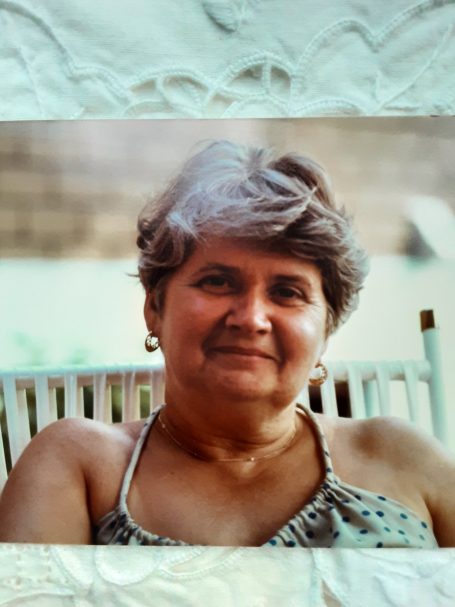 Armande “Mandy” Munger Cosgrove born in Alma to Alicia Girard and Edmond Munger died in Pointe-Claire on September 8, 2020 at 92 years of age. She was predeceased by her parents, husband Alvin Thomas Cosgrove (September 1985), grand-daughter Marie-France Côté (December 1985), son Danny (January 1997), brother Rosaire (July 2008) and daughter Sandra (February 2013). Those left behind are eldest son Craig (Francesca Petta), Russell, Anne, grandchildren Michèle, Kevin (Kaitey O’Connor), Jessica Potvin (Rémy Bégué), Scott (Elizabeth Ramey), Danielle, Anne-Julie (Jean-Alexandre Côté), Chelsea Younker (Travis Halford), seven great-grandchildren, sister-in-law Michelle and many nieces and nephews. Mandy had various circles of friends given her myriad interests.  Friends came in later years from line dancing, tai chi, Spanish lessons, neighbors, family friends from back home and even her buddy Jackie from childhood boarding school dans la Beauce. In the early seventies Mom took yoga classes but apparently invariably would fall asleep. Her friends would laugh and say: “C’est son seul temps pour se reposer.”  Mom and Dad made quite an entrepreneurial team. They even had a restaurant/motel named Danny after their latest born at the time. Being a seasoned cook, Mandy always sought occasion for a get together involving food. When she could, Mom lived life to the fullest and her curious intelligent mind kept her interested in everything and everyone! Her smile came easily and oh, so often. Mandy was the quintessential Reine au foyer. Bedding was ironed, collars starched and béchamels stirred just right to accompany her vol-au-vents.  All our friends were welcome in our home.  Some even stopped in whether we kids were there or not! Mom always made time to share a cup of tea.

Cremation has taken place and a private mass and burial will be held at a later date. Should one wish to make a donation Alzheimer, Dementia and Glaucoma research were close to her heart. Best way to honor Mandy, visit an elderly person, share a smile, perhaps even a laugh, and by God, hug ’em. AMEN