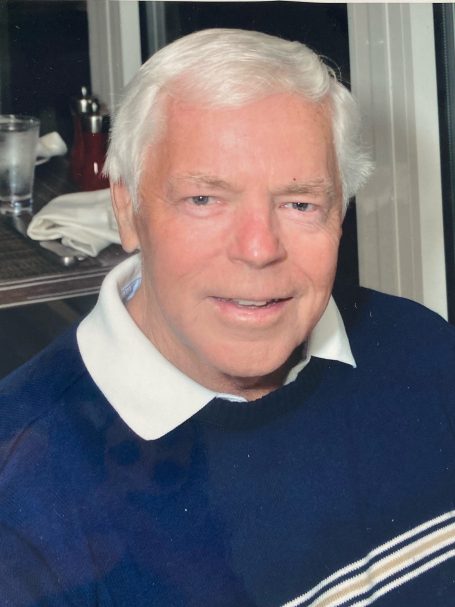 At retirement Dennis was the Executive Vice-President and Chief Financial Officer of Willis Canada Inc, having been instrumental in its growth from a small insurance broker to one of the biggest insurance brokers in Canada. Upon retiring in 2002 he realized his lifelong dream of spending his winters in Florida at Highland Woods Golf and Country Club in Bonita Springs, Fl and travelling the world with Judy.

He was a member and past president of Montreal West Curling Club where he made long lasting friendships. Dennis was President and one of the driving forces of the Garbage bowl in the late 1950s, to raise money for various charities around Montreal.  Later in life Dennis was an avid golfer and was a proud and active member of Summerlea Golf and Country Club from 1985-2016.

Dennis was a kind man of principle and honesty with a wry sense of dad joke humor who definitely thought he was hilarious.  A stoic leader with a quiet confidence his anthem being “I did it my way”.

The family would like to extend heartfelt gratitude to Viviane and Christine and all the kind staff at Residence St-Raphael, Ile-Bizard for their support and consideration during the difficult stages of Alzheimer disease.