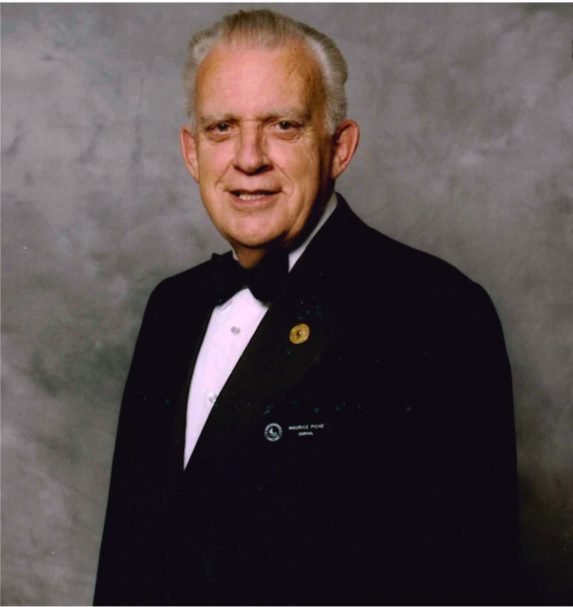 We are sad to announce the peaceful passing of Maurice R. Piché, at the McGill University Health Center on November 2, 2022 at the age of 82. Pre-deceased by his wife Noëlla (née Tessier), he is survived by his 4 children: Francine (Donald Audas), Joanne (Harry Schulz), Raymond (Leita Piché) and Daniel. He was most proud of his grand-children Jennifer, Mélanie, Nicholas, Sean, Sam, Elizabeth and Caitlin and great grand-children Christopher, Erica, Theodore, and Raffael.

Born in Espanola on January 5, 1940, Maurice attended the Jesuit Seminary in Ottawa and went on to complete his education at the Royal Military College in St-Jean-sur Richelieu.  He began his work career as a Sales Representative with Procter and Gamble and moved his family to Timmins.  While in Timmins him and Noëlla became active members of Le Centre Culturel La Ronde and were bestowed certificates as Signing Members of the organization’s Charter and Life-time membership to the organization that is still in existence today.

He found his calling in the Lumber Industry when he joined Lumbermen’s Underwriting Alliance.  He moved his family to Dollard-des-Ormeaux in 1972 to take on additional responsibilities and continue his progression. He retired as the Vice President Canadian Region in 2005 after an almost 40-year career in which he garnered many awards including the LUA Man of the Year in 1974 and the Canadian Lumber Industry Wood Award in 2002.  He is remembered fondly by his many colleagues, clients, and friends.

Long time parishioner of Marie-Reine-de-la-Paix in Pierrefonds, he was a warden for several years.  He was a proud and active 4th Degree member of the Knights of Columbus council 6096 and Assembly 2310.

The family will receive condolences on Friday November 25, 2022 at 9am followed by a funeral service at 11am at Voluntas Commemoration, 4695 St-John’s Blvd, Dollard-des-Ormeaux, H9H 2A7.

Internment of his ashes will be held on Monday November 28, 2022 at 10am, where he will be re-united with his wife Noëlla at Rideau Funeral Home & Cemetery at 4239 Sources Blvd, Dollard-Des Ormeaux, Quebec H9B 2A6.