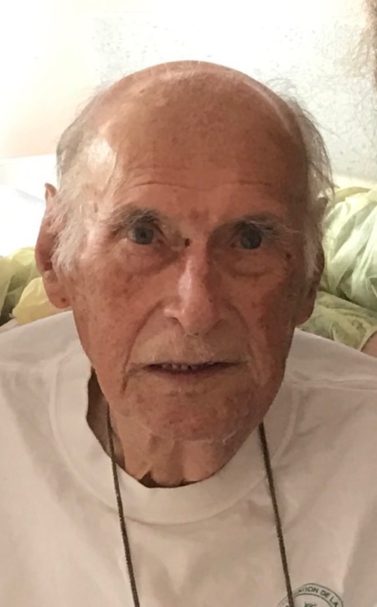 John Beregszàszy Saxon passed away in his sleep on July 9, 2017 at the age of 91. Beloved husband of the late Elizabeth Mihàly Saxon. He will be sadly missed by his son Daniel Beregszàszy Saxon (Andrée Turgeon), grandchildren Philippe, William, Thomas and Corine as well as his many friends and acquaintances.

Born and educated in Hungary, John fled Hungary in 1956 in the midst of the Hungarian Revolution with his wife and young child to Fredericton, New Brunswick, where he built a better life for his family. He was Vice-President and Head Engineer of York Structural Steel for over 30 years and after retirement continued to consult in his field. After the passing of his wife in 2002, he moved to Montreal to be with his family and was actively involved in the Hungarian community.

A funeral service will be held at the Hungarian United Church, 50 Graham Blvd., Montreal, H3P 2C1, on Saturday July 29 at 11 a.m. followed by a reception. The family will receive condolences at the church from 10-11 a.m. In lieu of flowers, donations in his memory to the Breast Cancer Society of Canada would be appreciated. Special thanks to Dr. Serban and all the staff of 3 North and Drs. and staff of the Emergency Room at the Lakeshore General Hospital for their impeccable care to make his last few days on this earth calm and peaceful.