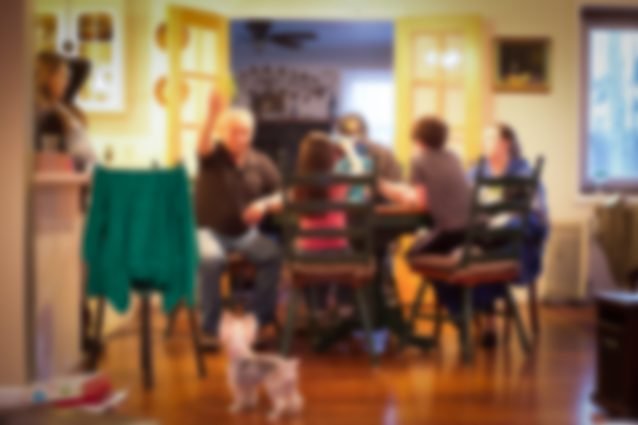 In 1955, my parents took a brave decision to leave their neighborhood of birth and move the family far away to what would soon be known as the suburbs, specifically Beaconsfield.

My parents, my older brother, Peter and I moved into our small 3-bedroom bungalow on Friday, October 28th and the next day on October 29th we outgrew the bedrooms as my younger brother, Kenneth, was born. I can just imagine what that weekend must have been like!

We were among the first families that moved onto our street. We were far away from everything. Even the train station was a brisk half hour walk away. But, we had a milkman, breadman, postman and a newspaper delivery kid. The pharmacy, although it was situated at least 10 miles away on Lakeshore boulevard, made home deliveries as did the family Doctor.

Across the street from us lived Mr. Karatsy. He and his wife, polish emigrants with very limited english, farmed a small piece of land. He had a stand at the end of his driveway, in front of his tall gates, and he would sell produce to the neighbors. Living with him was his grandson who was the same age as my brother Peter. The two boys were good friends who I recall enjoyed raiding the watermelon patch, lying in the sun and eating abundant amounts of watermelon. At the time, this didn’t make any sense to me as I found eating watermelon an exercise in pit-spitting. Aha, maybe that was why they liked it so much.

Living far away from everything including our school made us kids feel like pioneers where many a fine day was spent building forts and playing cowboys and Indians in the woods behind our house. So many happy memories.

But, by far, my best memory of those days between 1955 and 1963 was dinnertime. I’m told that my mother was not the best of cooks but I do recall we ate very well and there was never a shortage of beef, pork, lamb, potatoes and vegetables. One reason for this abundance was that my father had been a Prisoner of War during WWII. When he returned from the war, his 5ft 11in frame weighed 115 lbs. He had endured several years of hunger and vowed never to have to ration food again. To his dying day, my father was never overweight but, boy, he just loved to eat. Watching him eat ice cream could bring joy to the coldest heart!

It was definitely not the food that made dinnertime so memorable but the stories my father would regale us with.  Contrary to what so often is the case where war veterans cannot revisit their war years without enduring nightmares and pain, my father told us his stories like Hollywood movies.

As soon as the war broke out, my father and all his pals joined the Royal Canadian Air Force. He enlisted as a member of the French Canadian Alouette Squadron. Once trained, the squadron was stationed in England. My Dad made it clear that during air raids, rather than go to the bomb shelters, they would run to the pubs and have a pint while waiting out the raids.

The squadrons would fly missions at night, dropping bombs on assigned unidentified targets.

One night, in 1943, their plane was hit. The plane was going down, the crew had no choice but to parachute out of the plane. On the way down, my father was machine-gunned multiple times across his chest.

He would go into great detail telling us of falling to the ground, being captured, brought to a hospital, being operated on. The German doctor who operated on him removed all the bullets except one which was too dangerously close to his heart. He lived with that bullet until his death at 88 years old.

My Dad was a very hairy man. There was no prepping and shaving chests prior to the surgery of a war prisoner. His description of the nurse removing his bandages along with all his chest hair after surgery was particularly funny and did have us kids in stitches.

And then, he would tell us his POW stories. The stories were always colorful, funny, mischievous. And, yes, he did eat rat (taste like chicken) and a lot of potato peels. Apparently, it was the Auzzies that were the most brazen and daring of all soldiers. In short, they were fearless!

Prisoners were never kept in the same POW camp permanently. They would be moved, marched, as a unit, from camp to camp in order to mitigate the number of escapes as it was every solder’s duty to try to escape.

One day, my Dad announced that he had been invited to the Premier of the movie, The Great Escape featuring Steve McQueen. He was invited because while he was a prisoner at the camp, Stalag Luft III, he participated in building the famous tunnel. There was a team of men who would dig all night, and then another group of men (my dad included) who would fill their pants with the freshly dug dirt and walk around the camp gradually distributing the dirt evenly throughout the camp. My father was transferred out before the tunnel was completed, lucky in his unluckiness.

As a young girl, I could not understand why anyone would want to fight in a war especially with the risk of being captured. I remember so clearly one dinnertime asking my father why they were so anxious to join up. And I’ll never forget his reply. He simply said, “Well, it was because we were young and stupid.”

As I read through this essay, I realize the greatest gift that my father passed on to me was the gift of looking at the bright side of things, making the best of bad times, being thankful. Very useful tools during this interesting time of self-quarantining and financial insecurity.