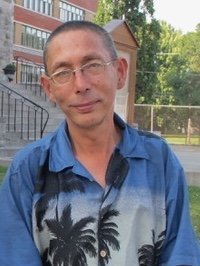 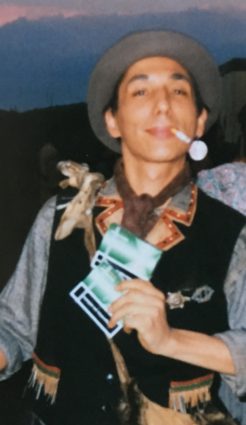 It is with great sadness that the Battershill family announce the passing of Joseph Steven Battershill, 49, who passed away after a brief struggle with cancer, on March 11, 2019, in Montréal Québec, Canada. He was born on May 16th, 1969, in Hamilton, Ontario, of Mic-Mac Malisee heritage. Joey was welcomed into our family on December 6, 1971 in Renfrew, Ontario. In 1976, the family moved to Beaconsfield, Québec. Joey is survived by his parents Tom and Mary, his brother Ted, his sisters Catherine and Lynn, aunts, uncles and cousins, and 7 nieces and nephews, as well as many faithful friends. He will also be missed by his beloved cat, Prince, who has been placed in a new, warm family home.

In his youth, Joey’s church connection was very significant for him. After his Confirmation at St. Mary’s Anglican Church, he became active in the Youth Group and attended Youth Camp, during which time he made his decision to accept Jesus as his Saviour. His Youth Group leaders were especially supportive during his teen years. Joey was always helping. In the late-80s, he made his way to British Columbia to work in sales. In 1991, he traveled back east, and spent many years helping and working at the Native Friendship Centre in Montréal. In 1998, Joey was on the set for crowd scenes in the movie Grey Owl, during filming in the Montréal area. He was also in a crowd scene for one of the Superman movies, during filming at a local shopping mall. In 1999, he was at the First Nations Human Resource Services of Montréal, and a factory in Kahnawake. In 2010, Joey was very proud of having achieved his forklift operator certification. At that same time, he completed computer courses at the New Horizons Institute in Montréal.

In recent years, Joey was a much-loved and appreciated member of the food bank crew at the Lachine Church Resurrection of Our Lord. He will be deeply missed by his friends and colleagues there, and in his neighbourhood of Lachine.

The family extends special thanks to Dr. Jason Szabo, nurse Jacques Fallu, and social worker Pedro Mejia at the Glen Hospital, and to the caring staff at the hospice Maison d’Herelle.

Joey’s ashes are to be interred in a family plot in Montréal later this year.