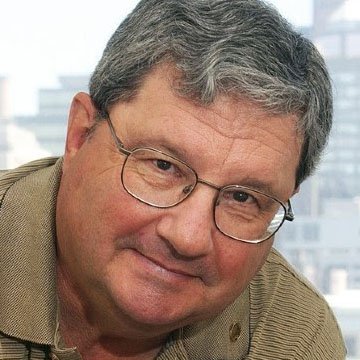 It is with heavy hearts that we announce the passing of Dr. Charles (Chuck) Bertrand on September 11, 2020 at the age of 81. He passed peacefully at St. Mary’s Hospital after a long illness battled courageously and with dignity. Chuck joins his beloved friends/in-laws Tom and Mary O’Connell, and his faithful canine companions K.C., Sparrow, and Harley.

Chuck is survived by the love of his life, Kathleen O’Connell. The two were completely devoted to one another and absolutely inseparable. A true gentleman, Chuck will be fondly remembered and cherished by his brothers Ken and Ron, his sisters-in-law Patricia (Bill) and Susan ((Tom (deceased 2017)), his nieces and nephews, and the many other members of his large extended family. He will also be greatly missed by his many friends and former colleagues at Concordia University.

Son of the late Dorothy Baumgartner and George Bertrand, Chuck was born in Spokane, Washington and obtained his doctorate in History at the University of Wisconsin, Madison in 1967. Chuck devoted his professional life to academia, both as a professor and an administrator, rising quickly through the ranks to attain the highest post at Concordia where he left an indelible mark as a wise and gifted leader. He began his academic career at Sir George Williams University in Montreal (now Concordia University), where he served as Chair of the History Department before becoming Dean on the Faculty of Arts and Science. He later became Vice Rector, Services, during which time he was asked by the Board of Governors to also take on the role of Interim Rector and Vice-Chancellor, to help navigate Concordia through a difficult and tumultuous period. From 1994-95, Chuck carried these two extremely demanding and challenging portfolios, showing tremendous leadership and stamina.

Chuck had many passions outside of work, including sports, food, travel, and the wonderful friendships he had cultivated over the years. An avid fan, Chuck wore his favourite team cap with pride, and was always up for a road trip and a good meal with friends. Chuck was a person of great warmth and intelligence, with a terrific sense of humour. He enjoyed a good discussion on a wide range of topics and loved to tell stories which invariably ended in great laughter. It was these friendships and gatherings that Chuck most cherished and that brought him so much joy. In his memory, please raise your glass and toast Chuck, and continue to share these wonderful stories.

Tributes from many of his colleagues and further information concerning his academic and administrative roles can be viewed on the Concordia University website: www.concordia.ca/news.

In accordance with his wishes, there will be no formal funeral or memorial service. In lieu of flowers, donations may be made to the World Wildlife Fund or a charity of your choice would be appreciated.