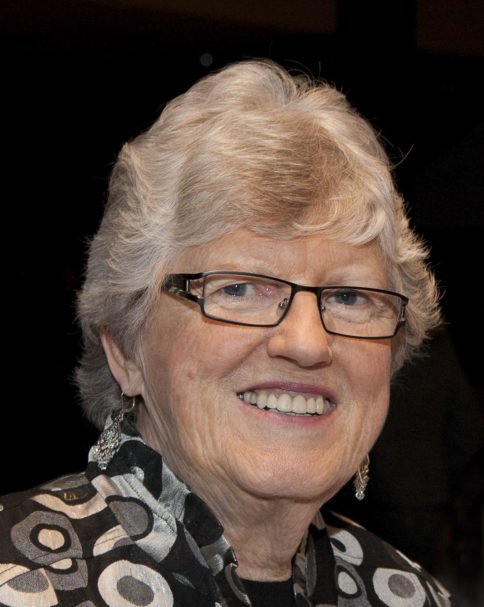 After a long illness, Ina passed away on March 20, 2018. She was the eldest daughter of the late Stanley Cummings and the late Kathleen Laberee Cummings, of Sawyerville, Quebec. She is survived by her two sons Krikor and Stanley Ajemian, grandson Paxton, and sister Reta Goodfellow (Angus Goodfellow). She will also be remembered by the larger family of nephews, cousins, and in-laws, as well as by many friends, particularly longtime companion Elisabeth Janssen.

Ina received scholarships to Bishop’s University (graduating in 1960) and McGill University medical school (graduating in 1964). She began her medical career in family practice, but early on developed an interest in palliative care. Starting in the 1970s, she worked with Dr. Balfour Mount to set up the palliative care ward at the Royal Victoria Hospital in Montreal. In 1993 she moved to Halifax to take charge of palliative care services for the province of Nova Scotia. She returned to Montreal’s West Island in 1999, where she was one of the founders of the West Island Palliative Care Residence. Ina helped found the Canadian Hospice Palliative Care Association, which honoured her with an award of excellence in 1997. She was also a founding member of the Canadian Society of Palliative Care Physicians, which honoured her with its Lifetime Achievement Award in 2016. In addition to her medical career, she was very active in the church. She served for many years as an elder and congregational companion for the Presbyterian Church of St. Columba by-the-Lake in Pointe-Claire, Quebec. In what spare time she had, she enjoyed making several crafts, such as stained glass and quilting. Those who knew Ina will always remember her amazing generosity of spirit. The family wishes to thank the staff at West Island Palliative Care Residence where, coming full circle, she returned to spend her last days.

A memorial service to celebrate Ina’s life will be held at 2pm on Monday, April 2nd 2018 at the Presbyterian Church of St. Columba by-the-Lake, 11 Rodney Avenue, Pointe-Claire, QC, H9R 4L8, followed by a reception at the church.

In lieu of flowers, donations in Ina’s memory to organizations that were dear to her would be appreciated: The West Island Palliative Care Residence Foundation, The Presbyterian Church of St. Columba by-the-Lake, The St. Andrew’s Presbyterian Homes Foundation.