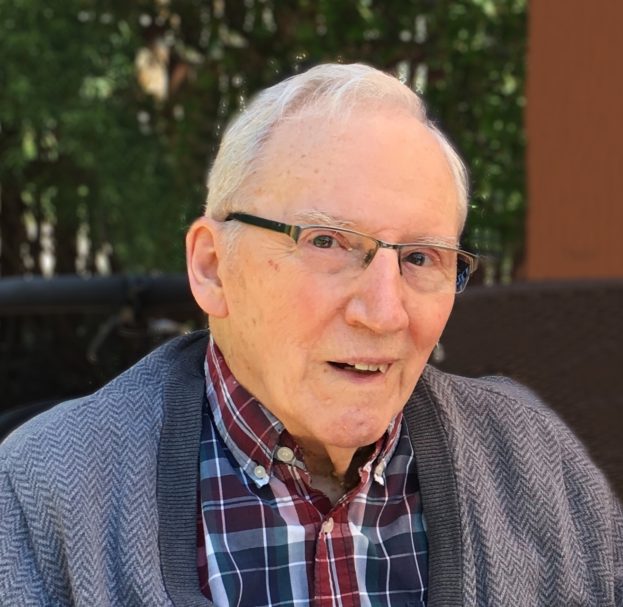 It is with great sorrow that Donald’s family announces his passing on February 10, 2020, at the age of 91. He will be reuniting with his wife of 46 years, Kathleen (nee Fahey), in heaven and missed by his children Christopher (Luisa), Teresa (Mark) and Eleanor (Chris) and grandchildren Daniel, Kelsey, Stephanie, Connor, Melissa, Victoria, Nicholas and Kristyn.

Donald was born on May 22, 1928, the seventh son of a seventh son.  He was a devoted brother, especially to his older sister Christina (Teenie) and younger sister Sally.  Donald completed his undergraduate degree at St Francis Xavier University (despite being on crutches for a whole year) and his master’s at Queens University. Donald married Kathleen Fahey on September 9, 1961. In April of 1964, they took up residence in Elm Park in Dollard-des-Ormeaux on the same street as her two brothers.

Donald was a loving and devoted husband and an inspirational father, teaching his kids they could be anything they wanted to be and to always do their best.  He was a true wordsmith and helped edit their papers and with projects for school and brought home his “portable” apple computer on a dolly for them to use.  He took his family on a road trip every summer and did not mind changing the inevitable flat tire or the traffic.  Ogunquit, Maine was a favorite destination where Dad loved the waves (despite the water temperature) and had at least one ice cream cone a day.   Donald was also a loving brother-in-law and will be missed by his sisters-in-law Mary, Ann and Pat Fahey. The time spent with Mary and Anne and the rest of the Fahey Family in Cushing provided so many fond memories.

Donald excelled at his role as Director, Corporate Communications at Consolidated-Bathurst, retiring after more than 35 years of service, in 1991. In retirement, he devoted himself to his grandchildren and looking after Kathleen and then his sister Sally.  Donald moved to Sunrise Senior Living in Dollard des Ormeaux after 50 happy years on Morningside Crescent.  Thank you to the staff at Sunrise for taking such good care of Donald for the past six years.

The funeral service will be held at St. Thomas à Becket Church – 4320 Sainte-Anne St, Pierrefonds, QC at 11 a.m. on Monday, February 17th. The family will receive condolences at 10:30 a.m. with a reception to follow the service in the church hall. He will be laid to rest in the spring with his wife, at St. Philippe D’Argenteuil.  In lieu of flowers, donations in his memory may be made to the Alzheimer Society of Canada.