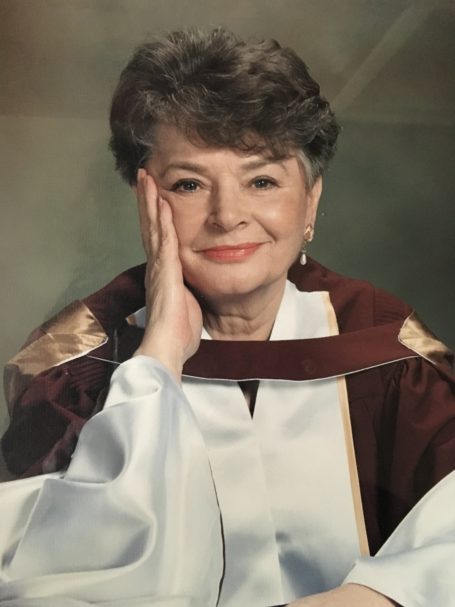 At the age of 81, at home in Montreal, our mother, grandmother, sister, friend, teacher, and shining light left this world and entered into Joy.  In mourning but grateful for her life are her beloved best friend Mike Shaw; her daughters Kelly, Donna, Amanda (Patrick), Jessica, Fiona (Michel), Rebecca (Jay), and Emma (Brian); her grandchildren Alain, Michaela, Gerald, Simone, Vanessa, Matthew, Andrew, Joseph, Caden, Isaac, Fiona Joy, Quinlan and Adam; her great-grandchildren Curtis, Veronica, Zélia and Enzel, her siblings Ellie, Michael, Mark, Clare, and Rory, and a large community of loving friends. Margaret was preceded in death by her parents Jack and Nellie and her brother Des.

Born the eldest of seven children in Consett, County Durham, England, Margaret married Donald Million in 1957 and came to Montreal. In addition to raising seven daughters, she earned a PhD in the history and philosophy of religion at the age of 65. She worked as a pastoral animator in several Montreal schools and at Vanier College. For over 40 years Margaret taught bible study in her home, forming a close and loving Christian community. In 2011 she was awarded the Msgr. Ignace Bourget Award of Merit for her contributions to the Archdiocese of Montreal.

The celebration of Margaret Million’s life will take place at St. Thomas a Becket church, 4320, Ste-Anne, Pierrefonds H9H 4Y7. The wake will be held on Tuesday, January 29 from 2:00 to 5:00 pm. Funeral Mass at 7:00 pm, followed by reception. Vigil overnight until 8:00 am. Burial at Ste-Genevieve Cemetery in Pierrefonds on Wednesday, January 30 at 9:30 a.m. As an expression of sympathy, memorial contributions may be sent to one of Margaret’s favorite charities, Operation Smile (www.operationsmile.org).