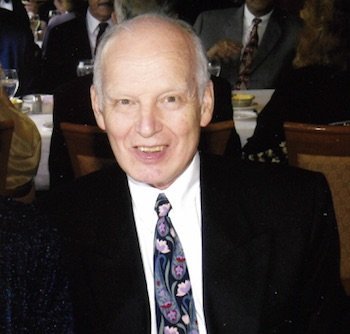 It is with great sadness that we announce the death of Hanns Wernecke at the Lakeshore General Hospital on June 23rd at the age of 89.

Born in Hamburg in 1929, Hanns immigrated to Canada in 1951. Starting as an unskilled but diligent, young worker, he trained in the new industry as a TV repairman.  After putting himself through university at Sir George Williams, he earned his teacher certification from McGill University on a scholarship. He launched his teaching career at the Lakeshore School Board, earned a Masters at McGill, and his PhD at the University of Pennsylvania while on a scholarship.  Along the way, he managed to pick up four languages. In 1970 he was one of the founding teachers at CEGEP Vanier, where he taught Physics and Humanities. Hanns was very involved at Vanier, serving on the Board, active in the teachers’ union, and mentoring others, but his real joy was in working with students.

Hanns was a loving husband and father, and a fair-minded and liberated man with a quiet sense of humour. He adored Canada and the province of Québec. He found the Laurentians in his early days in Canada, and built by hand a house by a lake in the woods that he, his family, and friends enjoyed for many years. In the last several years, with his speedy rollator at hand, he took great pleasure in daily walks, coffee, and solving the problems of the world with his fellow group of convivial and determined walkers.

A private family memorial will be held at a future date.